Taittinger invests in the UK to produce English sparkling ! 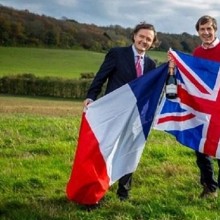 Taittinger invests in the UK to produce English sparkling !

In 2020, Champagne Taittinger will produce a sparkling wine “Made in Kent” from farmland purchased in Kent. 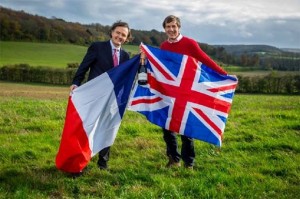 On December 9, 2015, Taittinger announced the acquisition of 69 hectares (170 acres) of land in Kent, near Canterbury in Chilham. Although this is not the first time that champagne expertise has come to England, it is the first time a Champagne house has purchased English land to produce sparkling wines there.

The property in Kent was a former apple and plum orchard called “Little Stone Stile Farm, ” owned by the Gaskain family. The land was purchased by a consortium of Hatch Mansfield, private investors and Taittinger. With a 55% stake in the enterprise, the Champagne house will lead the consortium.

The property and the new sparkling wine will be named “Domaine Evremond.” Vine planting is slated for 2017, giving the team suitable time to find rootstock suited to the terroir.

Of the 69 hectares purchased, only the 40 hectares with a Southern exposure will at first be planted. Planting will consist of the three typical grape varieties of Champagne : Chardonnay, Pinot Noir and Pinot Meunier.

Taittinger expects that the first fruit suitable for winemaking will be available in 2020, with bottling in 2021. When fully-operational, Tattinger plans to produce 300,000 bottles per year. « We believe we can produce a high quality English sparkling wine… »

« The plots to be planted are at a maximum of 80 metres above sea level, with chalk soil and south-facing slopes, creating an ideal ‘terroir’ to plant and grow high quality Chardonnay, Pinot Noir and Pinot Meunier vines. » The blend will be created by the Cellar Master of Taittinger.

It’s not the first investment abroad for pioneer Taittinger. In fact, in 1987 with the creation of Domaine Carneros, Taittinger was one of the first Champagne houses to invest in Napa Valley (California).

Why Taittinger invested in the United Kingdom?

« We have dreamt for a number of years of working with our dear friends in the UK to create a special Franco/British project.

We wanted to create something specia,l to show our appreciation of the UK support for champagne. » (House Taittinger)

Pierre-Emmanuel Taittinger, president of Champagne Taittinger said « Our aim is to make something of real excellence in the UK’s increasingly temperate climate, and not to compare it with champagne or any other sparkling wine… it will reflect the soul of Great Britain ». The new sparkling wine will be mainly available in the English market.

However, with open debate on climate change (COP21), Taittinger cannot help but see a successful investment for the future.

Miles Beale, chief executive of the Wine and Spirit Trade Association greatly welcomes this news. He sees the Domaine Evremond project as a great recognition of the quality of UK’ sparkling wines and UK terroirs by one of the most famous French Champagne houses. 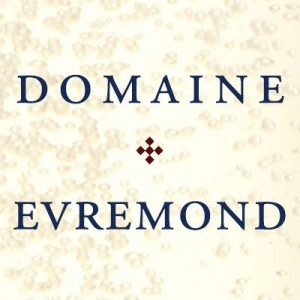 Where does the name « Domaine Evremond » come from ?

The name given to this property as well as the new sparkling wine is a tribute to Charles de Saint-Evremond (1614-1703). As a Poet, man of letters, bon vivant, Champagne lover and French literary critic, he has committed to expanding the reputation of Champagne in the UK, including at the court of the King Charles II. Upon his death, he was buried in the “Poets’ Corner” of Westminster.