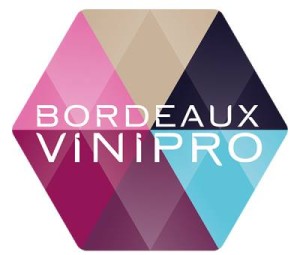 To live up to the ambitions of the trade show by offering a comprehensive range of wines and spirits from the future Greater Aquitaine Limousin Poitou-Charentes Region, and to meet the business objectives of national and international buyers, the Board of Directors of SAS Bordeaux-Vinipro Sud-Ouest has decided to postpone the event initially planned to take place on 17 to 19 January 2016 at the Bordeaux Exhibition Centre. In taking this decision, the trade show intends to bring the wealth and diversity of regional “core market” products to targeted, highly qualified buyers who have already demonstrated a particularly strong intention to visit.

“Given the interest shown by major national and international buyers, we must take time for reflection and consultation in order to provide an optimal offering and meet their expectations. It is essential to give such qualified professionals a high-quality offering which illustrates the diversity and dynamism of our products within the new regional framework. 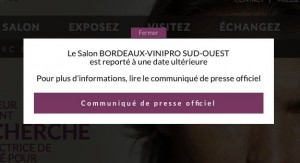 The primary aim with this trade show is to become the ambassador of “core market” products and to change the image of Bordeaux and southwest wines and spirits, placing greater emphasis on improved modernity and wider accessibility. This ambitious approach will take longer than expected, but the upcoming event will be based on a solid concept and significant interest from professionals,” (Eric Dulong, President of the trade show and Congrès et Expositions de Bordeaux)

The announcement that delegations and international decision-makers from Asia, the United States and Europe would be attending comes further to targeted work over the last few months to identify and mobilise buyers. Many buyers expressed their interest in the trade show and in making the trip to Bordeaux (pre-registrations up by more than 30%). They particularly appreciated the concept of the event: modern and accessible and allowing visitors to discover, evaluate and negotiate a region’s products without wasting time, and to meet the right people without any difficulties.