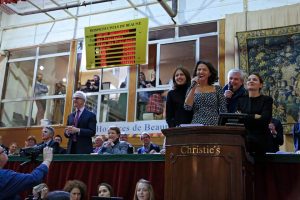 A tribute to Mr. Antoine Jacquet

Prior to the sale, négociants and wine lovers from all around the world have observed a minute of silence in memory of Antoine Jacquet. Mr. Jacquet dedicated 28 years of his carrier to the uncommon institution of the Hospices de Beaune, where he served the evolution and modernization of the hospital along with its historical heritage. The vineyards, the historical museum and all medical activities have always been intertwined.

The funds collected throughout the successive auctions have benefited the Hospices Civils de Beaune, acquiring modern medical equipment, according to each period of its history. The latest ongoing project, which Antoine Jacquet was determined to see through, is the restructuring and extension of the Centre Hospitalier. Construction works have begun in 2014.

The traditional way of selling wine in barrels 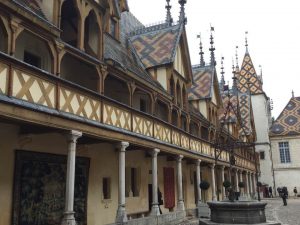 « The 2016 edition of the Hospices de Beaune auction – second highest result in this sale’s history – is the most respectful tribute we could have paid to Antoine Jacquet’s memory. After a particularly exceptional 2015 vintage, many barrels and notably among the reds, have achieved or slightly overpassed the 2014 prices. » (Aline Sylla-Walbaum, General Manager of Christie’s Wine department)

Despite challenging weather conditions experienced throughout the year, the savoir-faire of Ludivine Griveau and of the Hospices de Beaune resulted in offering 601 barrels at auction (compared to 575 in 2015), including the President’s Barrel. After a five-hour auction, the Hospices de Beaune and Christie’s are pleased to announce a total of €8.4M, including premium.

During the 156th Hospices de Beaune wine auction, the Domaine offered 470 barrels of red wine and 126 of white wine. Together with the President’s Barrel and spirits (4 barrels), the grand total of the sale is €8.4M, the second best total for the Domaine des Hospices de Beaune (last record in 2015 with €11,3M). 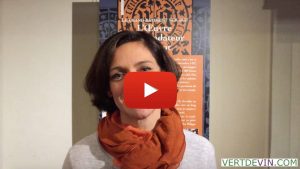 « We are very pleased with the result achieved this year. Despite a challenging spring weather, largely balanced by favorable conditions in July, August and September, we harvested fully matured grapes. I am convinced this year will deliver exceptional wines. I dearly want to thank all 23 wine-makers of the team, along with that of the Hospices de Beaune. » (Ludivine Griveau, Vineyard-Manager and Wine-Maker of the Domaine)

Since 2005, Christie’s has partnered with the Hospices de Beaune, together organising not only the annual sale in Burgundy, but also arranging dinners and tastings of the Domaine’s wines in the USA, Europe and, since 2010, across Asia. This year, despite the change in the program following Mr. Jacquet’s death, Christie’s and the Hospices de Beaune teams have nonetheless promoted the sale in Monaco, Geneva, London, Beijing, New York as well as Chicago for the first time this year.

« I am extremely pleased by this first participation in the Hospices de Beaune wine auction and happy to have collaborated with Ludivine Griveau. I have witnessed the birth of a wonderful vintage which was recognized by the négociants and enthusiasts all around the world. This year, 80% of barrels have been bought by the négociants and 20% by connoisseurs. We have registered bids from Europe (77%), Asia (20%) and the US (3%). » (Jasper Morris, Master of Wine and Christie’s wine Consultant) 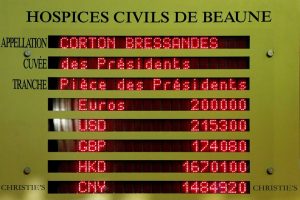 Since 1978, the Hospices de Beaune have each year donated one or more barrels, known as the Pièce des Présidents, to be auctioned for carefully selected charitable purposes. From the 1945 vintage onwards, an Honorary President has presided over each wine sale. This year, Claude Lelouch and Valérie Bonneton represented the ARC Foundation and Virginie Ledoyen and Kathia Buniatishvili stood in for the Cœur et Recherches Foundation. Their presence motivated the bidders’ enthusiasm, and the President’s Barrel that contains 228 liters of Corton-Bressandes Grand Cru – Cuvée des Présidents was acquired jointly by Mr. Jean-Claude Bernard and Mrs. Yan Hong Cao at €200,000.