The owners of Château Pontet-Canet are investing in California

The Tesseron family, owners of Château Pontet-Canet (Grand Cru Classé, Pauillac) and Cognac Tesseron has acquired the Villa Sorriso formerly owned by the late actor Robin Williams. It has already been several years that Tesseron family was looking for a vineyard in California.

The property was initially advertised for $ 35 million in 2012 but it was finally sold for $ 18.1 million. This investment is the first outside France for this Bordeaux family.

Villa Sorriso (Villa of Smiles) is located on Mayacamas Mountains. It covers a total area of ​​259 hectares (640 acres), including 7.5 hectares (17,29 acres) of vineyard (Mount Veeder). The rest is occupied by natural spaces, stables, tennis courts and olive trees. The current vineyard is planted with Cabernet Sauvignon, Cabernet Franc and Petit Verdot. Currently we don’t know how many hectares of vines will be planted, in more, in the future. 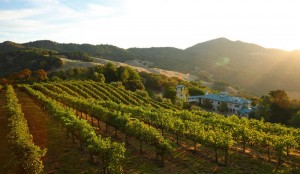 So far the grapes were sold to local wineries. But in the coming years, after taking the time to well understand the terroir and its potential the Tesseron family should produce its own Californian wine. It is almost certain that they will practice the same attention and the same great work (biodynamic) than for Château Pontet-Canet. Currently Villa Sorriso don’t have cellars/chai (wine making and ageing), therefore the Tesseron family will have to build one to produce their own wines.

Because of the great work on quality conducted by Tesseron family since coming to Château Pontet-Canet we can not wait to taste/drink, in a few years, their first Californian wines.