After already be in Casino Royale the Château Angelus celebrates with Spectre its return to the world of James Bond. 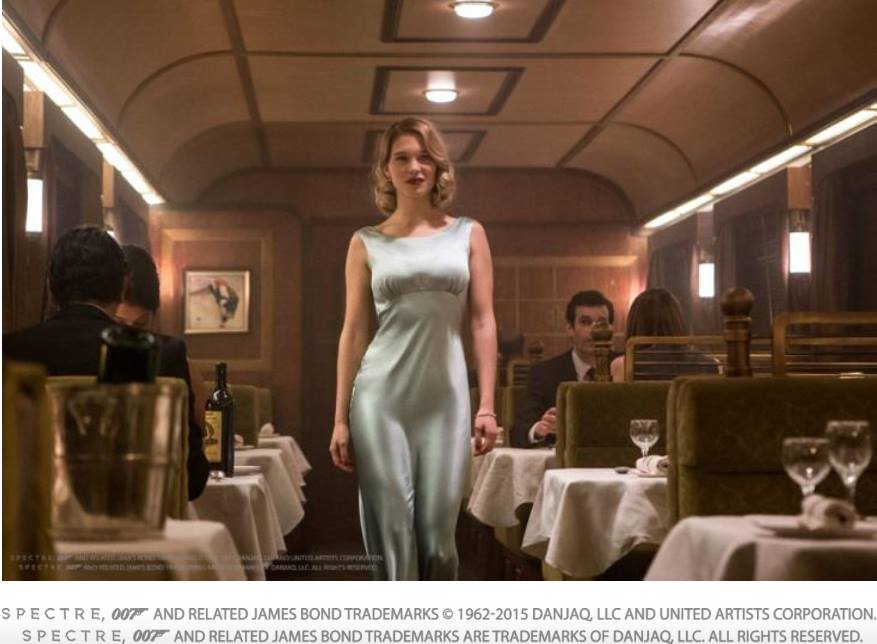 James Bond, a wine lover and connoisseur of old vintages (wine and champagne) choose for SPECTRE to open a young vintage of Saint-Emilion. In fact, in the new James Bond film we will see a bottle of Château Angélus 2005 once again. In the movie we can see the bottle in the dining car in the train. It looks like the same bottle in Casino Royale and again in a dining car. Angelus, a wine that James Bond seems to enjoy during his train trips…

Angélus and the seventh Art

It is well know that the Château Angélus is the wine of James Bond. However this wine have also featured in many other films such as La Vie en Rose, Conversations, 22 Bullets…etc. Angélus stars in more than thirty French and international films.

In addition to the marketing aspect this link between the 7th art and the Château Angélus is also due to the great passion of Hubert de Bouärd (owner & winemaker of Château Angélus) for the cinema.

The new James Bond, SPECTRE, will be released in November, 11. Unfortunately you won’t be abble to enjoy this beautiful Saint-Emilion wine in the theatre.