Chianti Classico : 300 years and not a single white feather!

300 years and not a single white feather !

Chianti Classico is celebrating 300 years of history. An ancient DOC that is still evolving and growing with energy and enthusiasm.

300 years and not a single white feather. This is one of the well-chosen headlines for the publicity campaign to accompany the 300th anniversary of Chianti Classico. 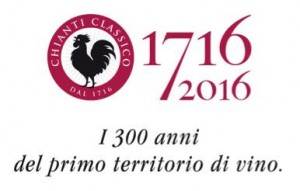 Chianti Classico sank its roots in 1716 when Grand Duke of Tuscany Cosimo III set the boundaries of the Chianti wine production zone, between the cities of Florence and Siena. In the early 20th century, when Chianti’s fame was growing every year and the production area could no longer fulfil the growing national and international demand, the wine began to be produced outside the Chianti zone defined in 1716, still under the name “Chianti” or “wine made for use in Chianti”.

Thus in 1924 the “Consortium for the protection of Chianti wine and its trademark of origin” was established, choosing as its symbol the Black Rooster, the historic emblem of the ancient Lega Militare del Chianti, reproduced by painter Giorgio Vasari in his “Allegoria del Chianti” on the ceiling of the Salone dei Cinquecento in Florence’s Palazzo Vecchio.

In 1932 the suffix Classico was added to distinguish the original Chianti from that produced outside the defined production zone.

In 1984 Chianti Classico obtained DOCG (Denominazione d’Origine Controllata e Garantita), the highest accolade for Italian quality wines. In 1996 it became an independent DOCG and in 2010 the two appellations, Chianti and Chianti Classico, were separated so that today Chianti wines can no longer be made in the Chianti Classico production zone. In 2013 the members’ Assembly approved a series of modifications to the production specifications which started a real reorganisation of the whole DOC.

“Chianti Classico, 300 years and not a single white feather” 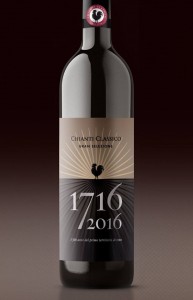 The slogan aims to highlight the enterprise and dynamic energy of this historic wine appellation. Chianti Classico is more than just a wine, and just a Consortium to protect and promote it: it is a true socio-economic area which includes different productive activities in the agricultural sector and a very high standard of tourism and reception facilities.

Dynamic energy is represented by an area which employs several thousand trained workers and experts who have helped give the countryside a new lease of life, turning it into a destination for elite and cosmopolitan tourism. In this case, the quality of the landscape really is an added value for Chianti winegrowing and the estates themselves are the natural custodians, maintaining, valuing and promoting it through their daily work.

Enterprise is expressed by the desire to keep moving forward, as shown by the recent reorganisation of the DOC and the introduction of a new category of Chianti Classico, Gran Selezione, a true inversion of the Italian winemaking trend. For the first time in the history of our nation’s wine production, Chianti Classico has invented a new type of wine, focusing on the top of the quality pyramid instead of the bottom.
These are the principles on which the renewed worldwide success of Chianti Classico is based: with new sales in over 70 countries on all continents, albeit still focused on the classic markets, especially the US, Europe and some Asian markets. In 2015 Gallo Nero’s overall sales figures continued on a positive trend with +8% compared to the previous year, which is undoubtedly due to the strong export trend as well as recovery of the domestic market.

“We are very satisfied with the market trend for Chianti Classico,” says Sergio Zingarelli, Chairman of the Consortium, “and the result is partly due to the driving force of Gran Selezione, which has relaunched Chianti Classico on the international critical forum, placing it among the top wines worldwide. This result is the well-deserved reward for the efforts and hard work of all the producers and the social unity and courageous, intelligent choices made together in recent years.”

Some about the 2015 vintage for Chianti Classico wines 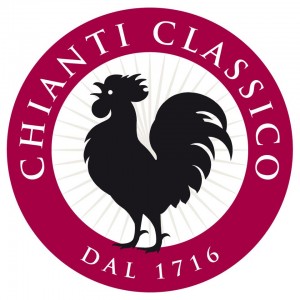 The latest vintage of Chianti Classico, 2015, is excellent thanks to the regular weather conditions and the flawless quality of the grapes. The winter was temperate with alternating cold days, and below zero temperatures on certain days. The spring was mild with medium-high temperatures favouring regular budding of the foliage. The summer was excellent overall, with little rain and high temperatures in the months of July and August, compensated by a good day-night temperature variation.

All the phenological phases (budding, flowering, fruit-set and veraison) were perfect. More than other years, 2015 enhanced the features of Sangiovese with unique and concentrated extract, anthocyans, polyphenols and varietal aromas. In terms of production, the quantity was much the same as the previous year (about 290,000 hl).