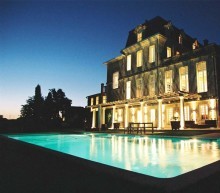 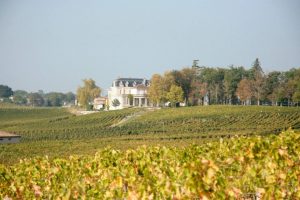 The first two vineyards (Gaby and Moya) were previously owned by the Curl family, Canadian investors who acquired them in 2006. Upon arrival they had launched on a major investments campaign in the vineyard, in cellars and in the reception buildings to awaken this 18th century’ sleeping beauty. Since a few years the Château Gaby is converting its vineyards to organic farming. You can read more about the Château Gaby (AOC Canon Fronsac) on this link.

The Château du Parc (5.5 hectares) was bought at Alain Raynaud, an oenologist consultant previously owner of the Château Quinault (sold to Bernard Arnauld, LVMH group). He is also the president and founder of the Grand Cercle des Vins de Bordeaux.

Even the selling price of the three châteaux wasn’t disclosed it expected to be close to €10 million. It appears that this acquisition is a part of a wine distribution project in the United States.
Damien Landouar (CEO and winemaker of Chateau Gaby) and the team working at Gaby and Moya will remain in place. They should manage the Château du Parc.

New in the wine sector but already full of success in his entrepreneurial experiences I wish to Thomas Sullivan to be successful in his wine projects!