20th Anniversary of Vinexpo Hong Kong: Ask for the programme 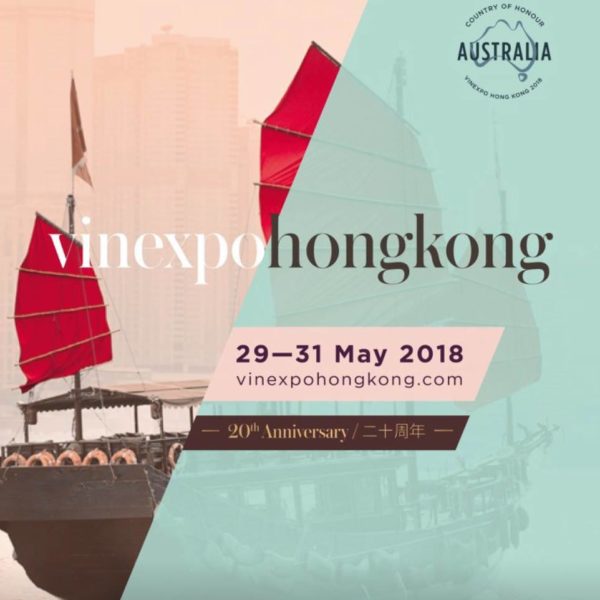 Vinexpo Hong Kong 2018 will take place from 29 to 31 May at the Hong Kong Convention and Exhibition Centre. This must-attend event in the wine and spirits world will be celebrating its 20th anniversary as an influential trade show in the port city, an important trading hub for fine wines in the Far East. 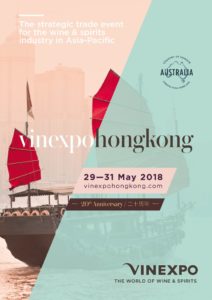 In addition to the 1,400 exhibitors from more than 30 countries who have confirmed their participation (up 7.5% on 2016), Vinexpo Hong Kong will offer a unique programme of talks, tastings and masterclasses, bringing together leading figures from the world of wine and buyers from the Asia-Pacific region within the Vinexpo Academy.

For this edition Australia is the Country of Honour. It has various themes planned for each day, including the different styles of Australian Pinot Noir, Margaret River Chardonnay, the grand tasting of First Families of Wine, the launch of Penfolds fine white wines and a talk on the various Australian terroirs. Chile will showcase its iconic wines with masterclasses by Seña, Clos Apalta and Viña Almaviva, which is also celebrating its 20th anniversary this year.

Italy has scheduled a number of events, including the Valpolicella 50th Anniversary Tour, the exclusive international launch of Solaia 2015 with the celebrated wine critic, James Suckling, events organised by the Gambero Rosso guide including the Tre Bicchieri ‘en primeur’ tasting and a masterclass with Debra Meiburg MW, focusing on Prosecco. 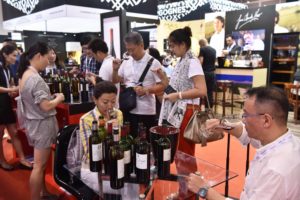 France, as the world’s top exporter to China, naturally features prominently in this year’s Vinexpo program. While the Union des Grands Crus de Bordeaux will be showcasing the 2015 vintage, several tastings are also planned with the Graves Crus Classés and Saint Emilion Grands Crus Classés. Master Sommelier Yang Lu will uncover the mysteries of the Burgundy climates, while his colleague Sarah Heller MW will talk about the extensive number of different Rhône Valley terroirs.

For Grenache Day on Wednesday 30 May, Vinexpo Hong Kong will highlight this grape variety coming from Spain with several talks and tastings showcasing French, Australian, Spanish and US Grenaches.

This year, the participants will also have the opportunity to practice their blind tasting skills with World’s Best Sommelier Paolo Basso, in the traditional Vinexpo Challenge. The winner of this fun and professional competition will leave with a magnum of Bollinger Grande Année 2007.

Focus to the Chinese market…

Finally, Vinexpo will take stock of the Chinese market the China Market Conference which is traditionally held on the first day of the exhibition. The panel of experts brought together by Vinexpo will reveal the trends and forecasts for a market set to become the world’s second biggest market in value behind the United States by 2021.

The full programme of Vinexpo Academy is available here.