2015: A great year for Bourgogne wines

2015: A great year for Bourgogne wines

The harvests are drawing to a close in the Bourgogne winegrowing region after a particularly eventful and successful year. After the Climats were accepted for inclusion on the UNESCO World Heritage List on 4 July, we were then able to look forward to a great vintage. We have rarely seen better quality grapes, and they are now safely in the wineries as our winemakers embark upon the process of transforming this great raw material. 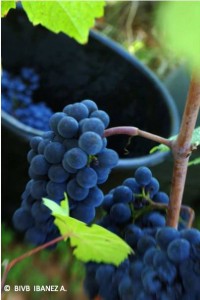 The tone of the vintage was set back in springtime: it was going to be an early one. Flowering took place over the space of a few days in early June, suggesting that picking would start in late August or early September.

This year was also marked by some exceptional summer weather. It was sunny and hot, in July in particular. The vines progressed through the growth cycle and the grapes began to ripen in mid-July. Their development then slowed, with several weeks of heat wave and very limited rainfall. Then a little precipitation in August helped push the vines to finish ripening.

The grapes were then quick to mature, with sugar content rising rapidly. Acidity levels were very satisfactory, in harmony with the aromatic potential already present, and will give rise to perfectly balanced wines. The summer weather also helped stave off any potential disease, leaving the vines in excellent health. This optimal situation meant that the grapes were harvested in magnificent condition and perfectly ripe.

The lack of rainfall did have some consequences for yields, which were lower than average. Low yields were also noted in those areas in the northern part of the region that were hit by hail this year (Chablis, Auxerrois), as well as those that suffered hailstorms last year in the north of the Côte de Beaune and the Mâconnais.

« The 2015 vintage is thus expected to be a splendid one, confirming that sometimes, this region truly is blessed by the gods! »