The Chianti Classico UGA project gets under way 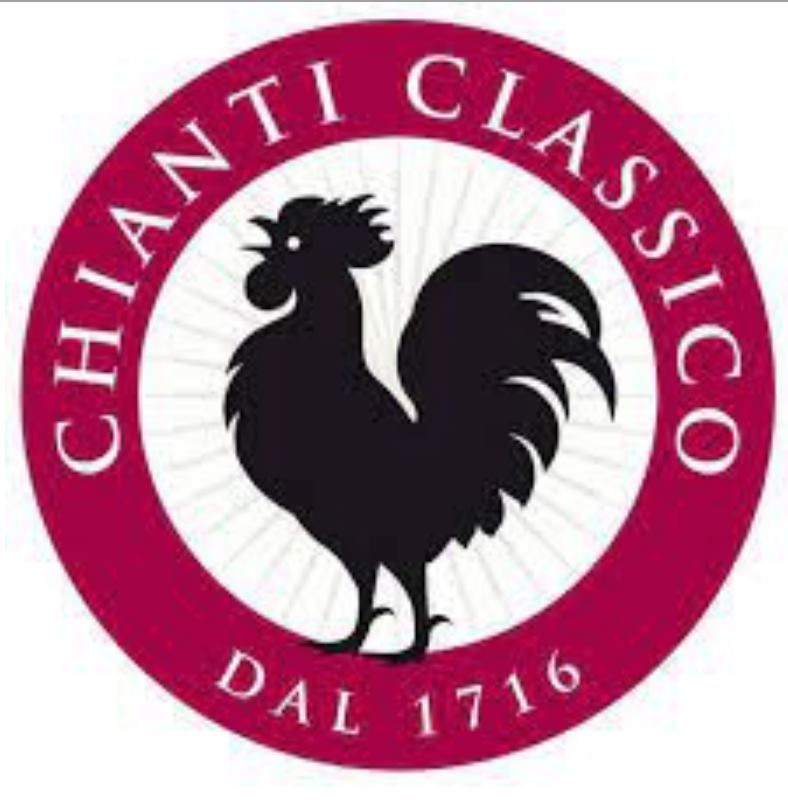 The territory on the label: the Chianti Classico UGA project gets under way

Important news from the Assembly of the Chianti Classico Wine Consortium: the list of the Black Rooster’s Additional Geographical Units (UGA) has been approved by a very large majority. 90% Sangiovese and only native grapes for the Gran Selezione type.

The watchword is to continue along the path of enhancing the distinctive characteristics of Chianti Classico: a path that, in recent years, has brought the Black Rooster appellation ever higher in the international rankings of quality wines, increasing its fame, prestige and popularity on tables all over the world.
Today the assembly of members of the Chianti Classico Wine Consortium approved, by a very large majority, a project to modify the production regulations of the historic appellation, which includes two important innovations in line with these criteria.
The project, made possible by a concentrated effort by the Board of Directors over a number of years, responds to the need, arising from within the membership itself, for an increasingly far-reaching enhancement of the characteristics that distinguish the Black Rooster appellation and make it unique.

The first proposal to modify the production regulations, approved by the Assembly of Members, concerns the project aiming to subdivide the Chianti Classico production territory into smaller and more homogeneous areas, in order to show the name of the village on the label.
National and European regulations do in fact allow DOP wines to refer to additional geographical units, identified within the production area of the denomination. One of the objectives of the proposed amendment is to strengthen communication of the wine-territory combination, increase quality in terms of identity and territoriality, allow consumers to know where the grapes come from and, last but not least, stimulate demand by differentiating supply. The introduction of the name of the village on the label will serve to intercept and satisfy the interest of consumers who, in increasing numbers, wish to deepen their knowledge of the relationship between Gallo Nero wines and their territory of origin. 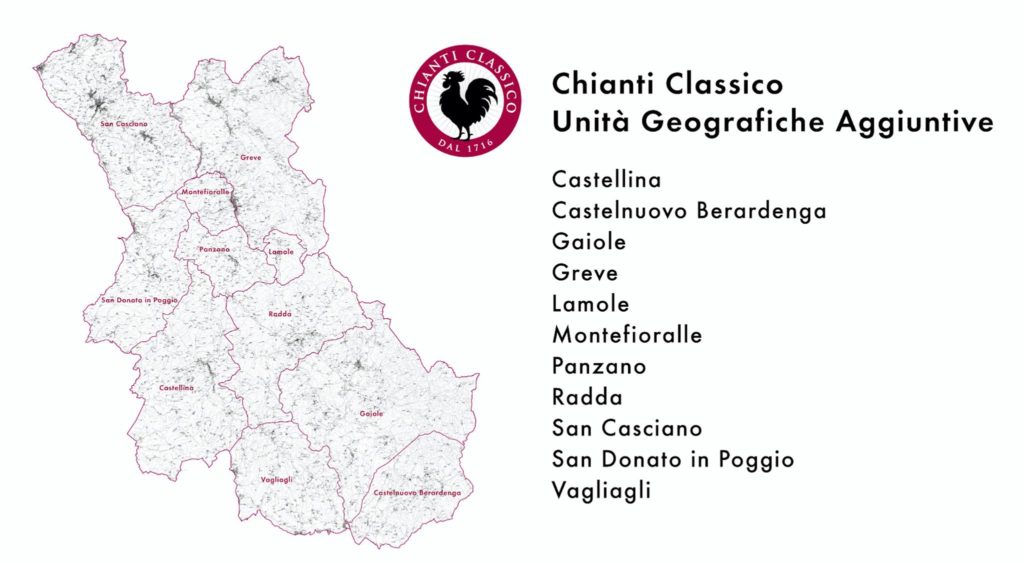 To this end, a number of areas have been identified and delimited within the Chianti Classico production zone, distinguishable on the basis of specific criteria such as oenological recognisability, historical authenticity, renown, and significance in terms of volumes produced: Castellina, Castelnuovo Berardenga, Gaiole, Greve, Lamole, Montefioralle, Panzano, Radda, San Casciano, San Donato in Poggio (including the territories of Barberino Tavarnelle and Poggibonsi), Vagliagli.
It should be noted that in this first phase, the Additional Geographical Units will be applied only to the Gran Selezione type, leaving the possibility open for the other two types in the near future: this strategically significant choice strengthens the intent of the UGA to represent the excellence of the territory, thus competing, in a more incisive way, with the greatest wines in the world.

“The phrase “the territory makes the difference” has always been one of our favourite mottos,” says Giovanni Manetti, President of the Consortium. “Chianti Classico is a truly unique territory, two-thirds of which is covered by woodland and only one-tenth of which is devoted to wingrowing, and more than 50% of this now follows the dictates of organic farming (52.5% of the area under vine). As I have often said in my three years as President, wine reflects the territory like a negative photographic image, and this is why it is so important to preserve its environmental context and landscape, and be able to tell the consumer about it, in all its various facets, also through the label.”

Variation in the ampelographic base of Chianti Classico Gran Selezione wines

The second proposed change to the specifications, approved by the General Meeting of Members, concerns the blend of Chianti Classico Gran Selezione wine. At present, the three types of Chianti Classico – Vintage, Riserva and Gran Selezione – draw on the same ampelographic base: 80-100% Sangiovese and up to a maximum of 20% of authorised native and/or international red grapes.
With the new specifications, the minimum percentage of Sangiovese (90%) is higher for the Gran Selezione type, and international grapes are no longer used in the case of blends with other grape varieties, i.e. only native black grapes up to a maximum of 10% will be allowed.

The link with the territory is fundamental for this type of wine, the only one produced exclusively with estate-grown grapes: in order to reinforce the combination of wine and territory and give greater identity to the Chianti Classico Gran Selezione labels, the exclusive use of native local grape varieties has been approved as complementary to Sangiovese, since they are more expressive and representative of the production zone and of traditional Chianti wine-growing.

It must be remembered that the Gran Selezione type, introduced with the last revision of the production regulations in 2013, is now produced by 154 wineries for a total of 182 labels and represents about 6% of the entire production of Chianti Classico. Since its introduction on the market, it has received great interest from the public and excellent reviews from the trade press. Recently, it was with this very type that Chianti Classico received its first 100/100 rating from a well-known international critic.