The 14th “Best Sommelier of Europe” contest took place in Vienna (Austria) and closed its doors last night with the winner announcement, the Latvian Raimonds Tomson, who offers this title to Eastern Europe for the first time. 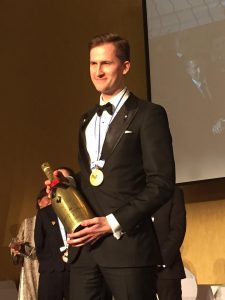 Since 2007, the Association de la Sommellerie Internationale (ASI) organize, every 3 years, in add to the worldwide competition, 3 continental competitions for Europe, the Americas, Asia & Oceania. This year, 37 candidates were registered, all with the same goal: to succeed to the Swedish Jon Arvid Rosengren crowned in 2013 in Sanremo, Italia. The sommeliers contest commission was this year led by Gerard Basset, best sommelier of the world in 2010.

A particular feature of this edition was the presence of 3 african sommeliers at the competition. Indeed, the African continent has only 3 associations which is too few to organize a continental contest, but ASI really wanted to give them the chance to discover the world of international competitions. Also, for the first time, we could follow the context it live from the ASI website, for purposes to see the show from home. 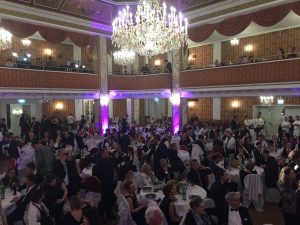 Tests began on Tuesday May 9th on the morning, with theoretical and practical tests with tasting, food and wine matching, Champagne service or wine menus corrections.

On May 10th was the semifinal for the 12 selected, then the final on May 11th, composed exceptionally with 4 candidates because the scores was to tight to make a choice between the 3rd and the 4th candidate : Raimonds Tomsons (Latvia), Piotr Petras (Poland), Julia Scavo (Romania) and David Biraud (France). 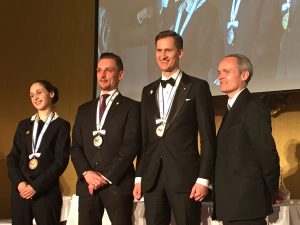 At the winner announcement, the 3 final candidates, fair-play, cordially congratulated Raimonds Tomsons, holding him. Raimonds Tomsons, glad and honored, thanked ASI for this contest which allows him and all the others competitors to demonstrate their professionalism and their talent. He also thanked his family, his little boy and his wife, making it clear that “behind every strong man, there is a strong woman“.

Finally, we would like to congratulate our french sommelier David Biraud for its excellent performance, notably to the wine and food matching and blind tasting tests. We wish him the best for the futur.