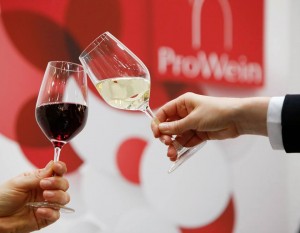 The edition ProWein 2016 will be held on 13, 14 and 15 March 2016 in Düsseldorf (Germany). During the three exhibition days more than 52,000 visitors from around the world are expected at this trade show. More than 6,000 exhibitors from 57 countries will be present this year.

After the success of the 24th edition of Prowein (2015) which saw a traffic increase of 7% , the trade fair  this year is putting an increase in number of visitors thanks to the expansion of its exhibition space, in increase in the number of exhibitors but also to a rich, efficient and innovative programme.

” ProWein is a real niche market: 40% of visitors place orders onsite and 44% plan to do after the show! ”

ProWein 2016, a rich and innovative programming

The United States is the first market in the world for wine and spirits. A market that despite the different economic turmoil of recent years still retains a growth trend.

The trans-Atlantic market is a dream for many winemakers but remains difficult to address particularly because of different laws of US states, differences in the levels of distribution networks as well as the urgent need to find a serious partner.

On the occasion of the 2016 edition, ProWein in partnership with Wine Enthusiast Import Connection, launches “Route USA“. The objective of this initiative is to introduce US importers with vineyards which wish to be able to enter the US market. The  winemakers who are willing will have special signs on their stand enabling them to indicate their interest in finding distribution partners in the United States. Find the list of participating vineyards in the “Route USA” on it. 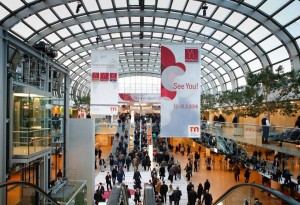 This is a central podium for presentations, specialized conferences and tutored tastings. ” It’s a popular meeting place for all wine experts thirsty for knowledge. ”

In Hall 12, the FIZZZ Lounge is dedicated to cocktails innovation. Many discoveries and flavors await you!

The Champagne Lounge, designed with elegance is dedicated to sparkling wines. Here you will have the chance to discover 25 Champagne houses rich in tradition and to taste dozens of different Champagne. 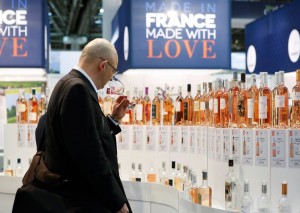 The idea is to give a spotlight on 10 innovative projects / unusual turning around the production, promotion or marketing of the wine.

Many themed tastings and more than 500 specialized seminars are also available. Find more information on the events of 2016 Prowein this link. Over 300 events will also be offered directly by the exhibitors on their stands (New Zealand, Israel, Canada …)

If you want to go on the Prowein 2016 consider ordering your ticket online. Also think about coming to the VERTDEVIN stand (Hall 11, H28).