Acquisition by LVMH of the Château du Galoupet, Cru Classé of Côtes-de-Provence

Moët Hennessy adds to its vineyard portfolio a Cru Classé of Provence, and its first rosé wine 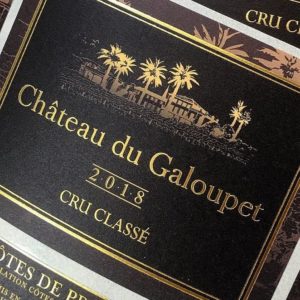 Located in La Londe-les-Maures, on the seafront, the Château du Galoupet offers to its visitors an exceptional view over the sea, the salt flats, Islands of Porquerolles, Levant and Port-Cros. Currently the property covers more than 165 hectares (408 acres) but only 68 hectares (168 acres) are planted with vines (producing at 90% of rosé wines).

Through this acquisition LVMH (Moët Hennessy) gets its hands on its first estate producing a large majority of rosé. There is no doubt that the qualitative ambition that will be set by the new owner will be high. Proof of the potential of terroirs of this estate, the property was elevated to the rank of Cru Classé when the classification was created in 1955.

Château du Galoupet was owned by the Anglo-Indian family Shivdasani since 1973. The amount of the transaction has not been revealed but according to professionals it should be around 30 million euros.